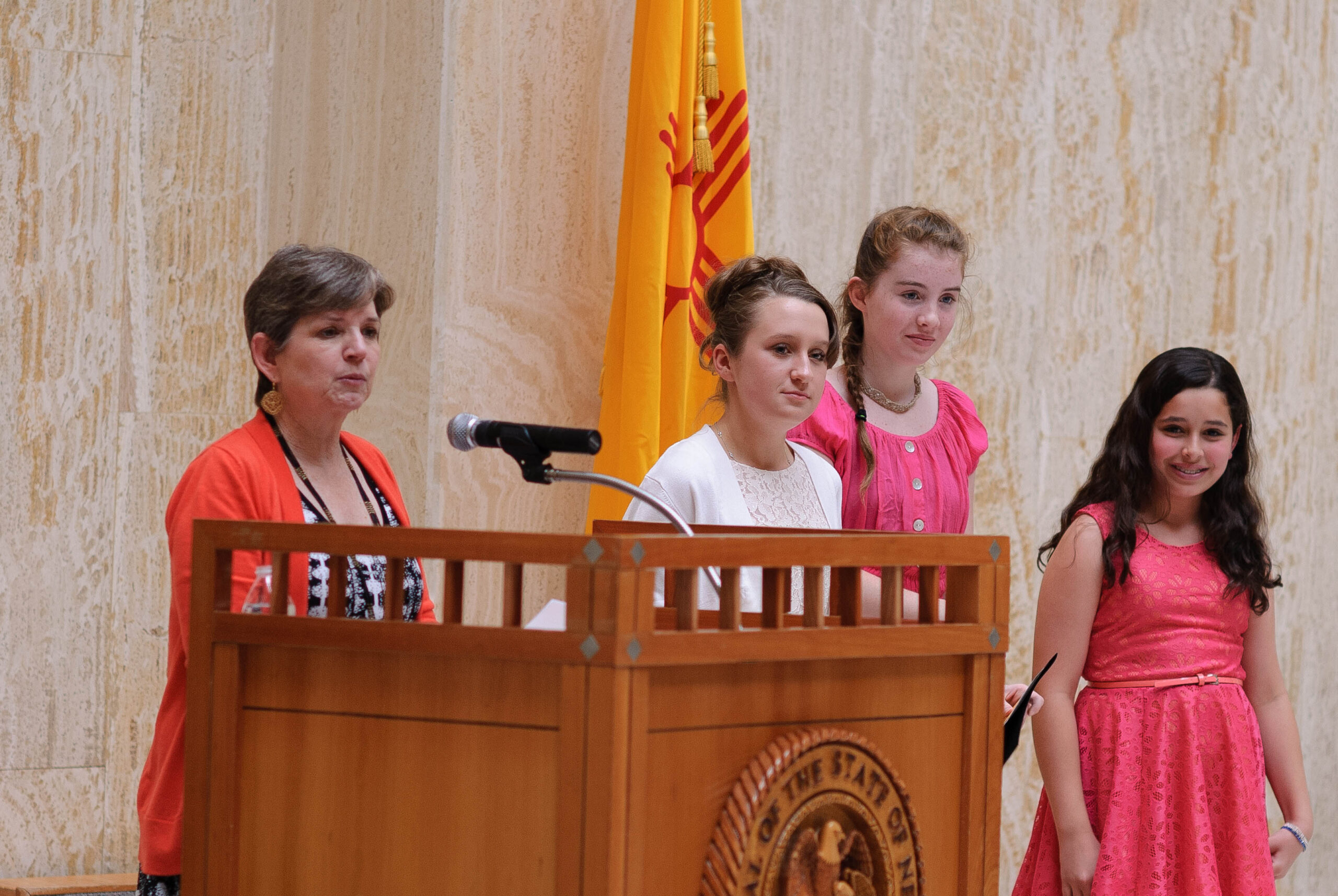 The Letters About Literature awards ceremony took place on Friday, May 2 in the rotunda of the Round House in Santa Fe. State Librarian, Devon Skeele, welcomed everyone and awards were then presented to the three New Mexico state champions who read their letters aloud, the three second place winners, the three third place winners, and the honorable mention letter writers.

Audrey Rodriguez, a sixth grade student at Eisenhower Middle School in Albuquerque, is the Level 1 champion. Audrey wrote her letter to Lynda Mullaly Hunt about her book One for the Murphys.

Leah Downey, a seventh grade student in Las Cruces, is the Level 2 champion. Leah wrote her letter to Deborah Ellis about her book The Breadwinner.

Katya Waid from Mountainair, who is a ninth grade student at New Mexico Connections Academy, is the Level 3 champion. Katya wrote her letter to Harper Lee about her book To Kill a Mockingbird.

Our special thanks to the New Mexico judges:

This is the second year New Mexico State Library has sponsored the competition.