On September 24th I was in Washington D.C. representing New Mexico in the Pavilion of States during the National Book Festival. This is a one day event in our nation’s capital where over 200,00 people meet and listen to authors, interact with other readers and visit state tables. Each state chooses one book for the year and New Mexico’s book for 2016 is Go West! by Joel Nakamura. 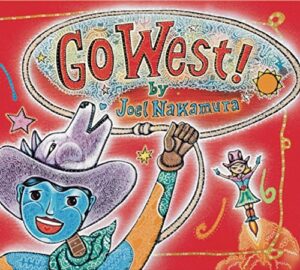 This was my first year at the National Book Festival and I had NO idea what to expect! I was told that we would stamp maps that kids received (and if they got all the states/territories stamped they would receive a prize) and people would ask a lot of questions about New Mexico. To begin the trip, I realized I had forgotten the rubber stamps! Luckily, I realized this before I left New Mexico and found some metal key chains in the Albuquerque airport that were raised slightly and all I could hope for was it that it would be good enough! I got there about an hour before the doors opened and set up the display I was sent with. 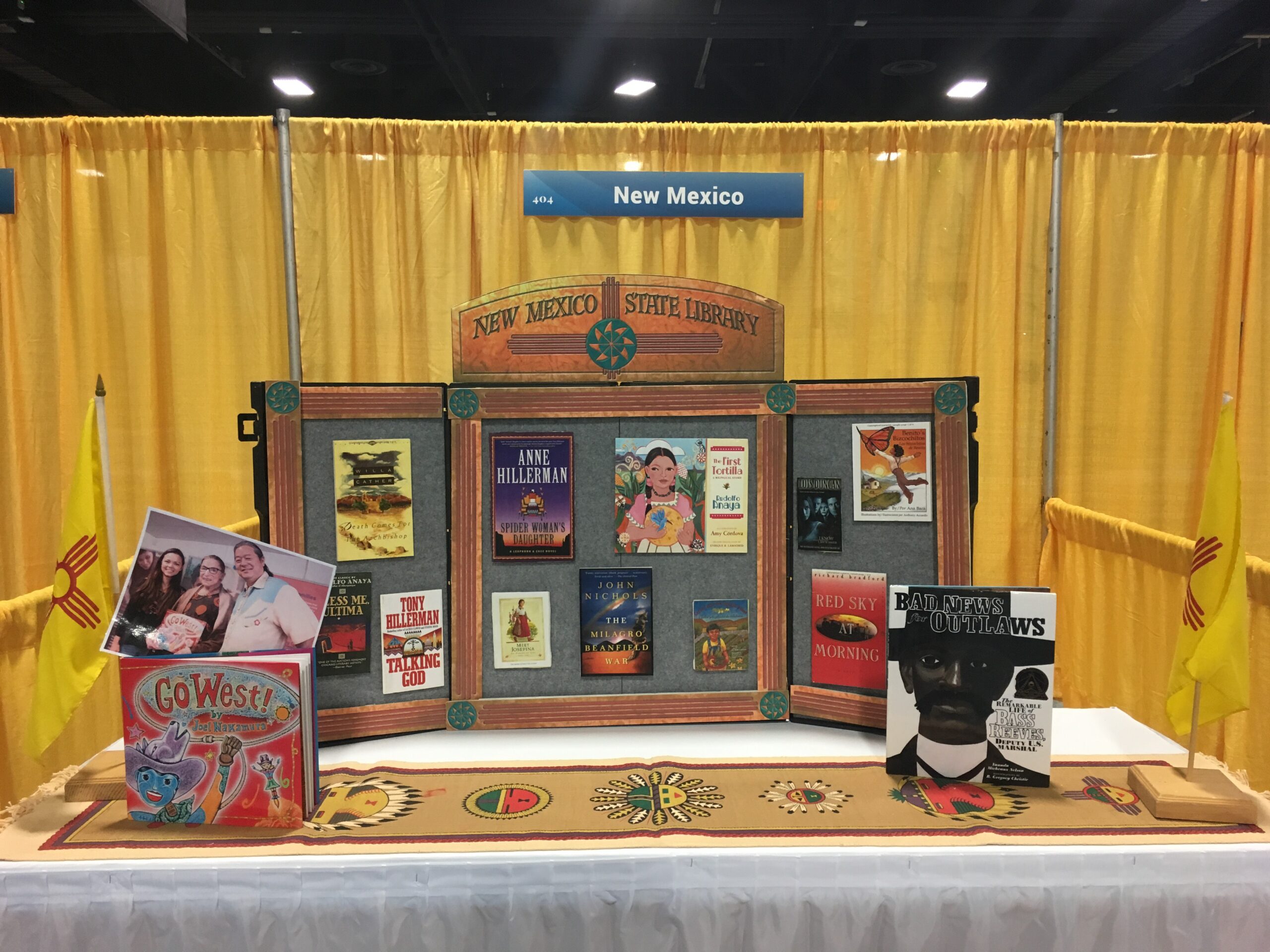 I tested out the “stamp” and discovered it was an incredibly messy process but it worked! Hurray! I was given 2 volunteers from the Junior League of Washington D.C. to help, and was stationed between Nevada and Texas. The tables were grouped according to region and Colorado and Arizona were across the way. I had planned my outfit accordingly and tried to represent New Mexico as best as I could. 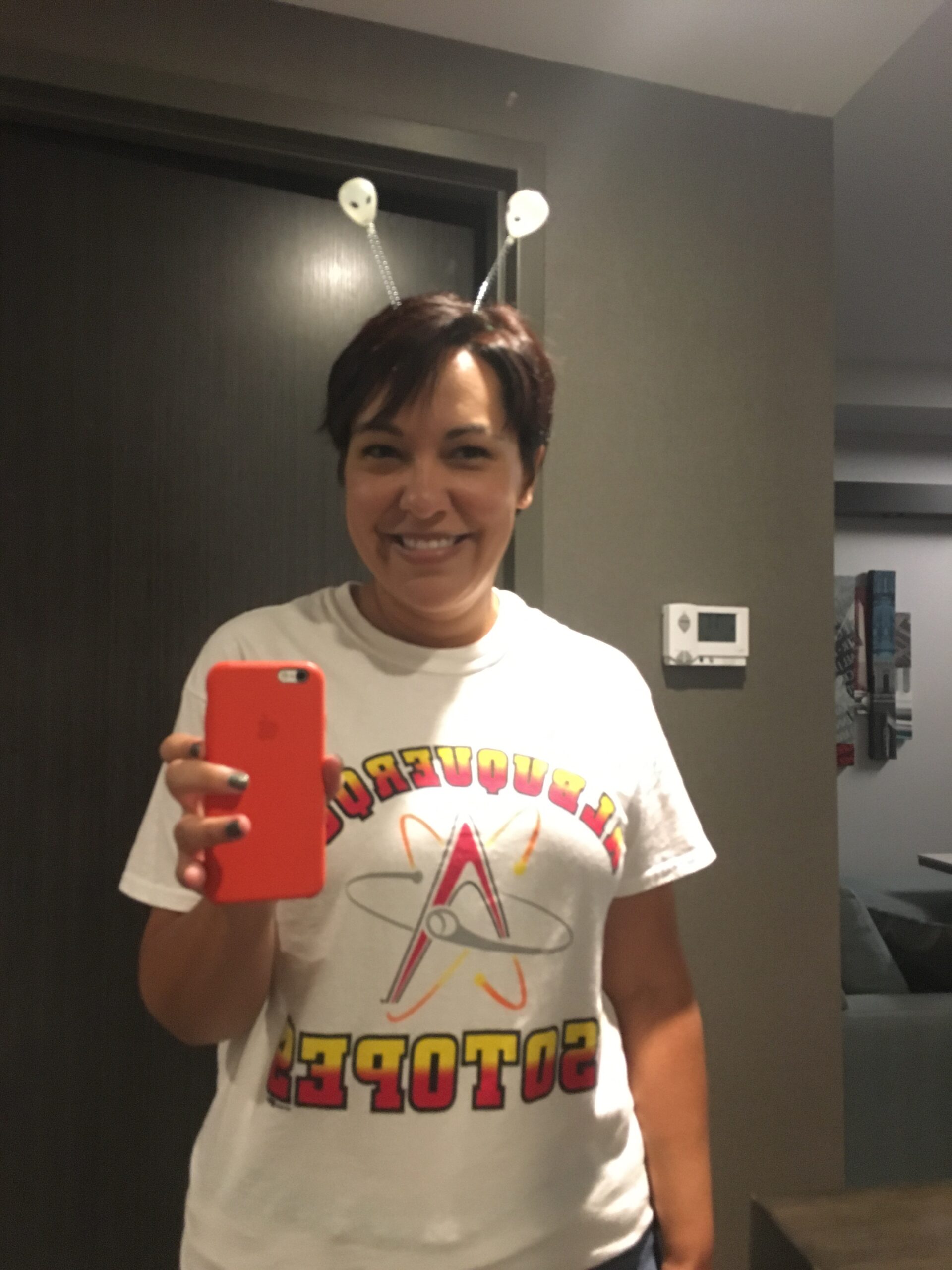 The kids loved the jiggly alien heads and all the parents would stop and say “Roswell!” Several people knew the Isotopes are our AAA baseball team and a few even knew the story behind the name! A lot of people stopped to chat about New Mexico, in general and tell me about their visits to the state or that they had previously lived there and a few even told me how they wanted to come visit! We handed out vacation guides and transportation maps (provided by Department of Tourism and Department of Transportation), as well as copies of El Palacio the Department of Cultural Affairs quarterly magazine and bookmarks provided by the publisher of Go West!, Leafstorm.

We even had a picture of our author, Joel Nakamura, with Supreme Court Justice Ruth Bader Ginsburg and Mr. Nakamura’s daughter. This was taken a few weeks before the festival when Justice Ginsburg visited New Mexico. It was a very nice addition to our table, given where we were.

It was an EXHAUSTING day, tens of thousands of people stopped by our table and many of them told me we had the best display in the entire Pavilion! I’m so glad I was able to go and had so much fun, even with the makeshift stamp that turned out to be a conversation starter as many would say “well that’s an interesting stamp” and the volunteers would tell them the story.

Every public library in New Mexico will be receiving a copy of Go West! sometime in the next couple of weeks so keep an eye out for that!